From July 31 – August 7, I traveled thousands of miles to attend 2 conferences in 2 cities on 6 planes in one week.  You see,  APA and ASAE annual meetings have the tendency to overlap in schedule. However, typically it’s during the years when APA is in DC.  This time around, I had to fly to both meeting locations. APA’s meeting was in Honolulu (insert JayZ’s Hard Knocked Life here) and ASAE was in Atlanta. Here are some of my key takeaways.

Hawaii is a fantastic place to hold a meeting

Yes, it takes awhile to get there (11 hours with a layover in Phoenix) and the airfare and/or hotel can be expensive. However, once you’re there, you can find plenty of low-cost options for food and entertainment. The Honolulu Convention Center is centrally located and there’s at least 10 hotels within a four-block radius. The Hilton Hawaiian Beach Resort and the Sheraton Waikiki (where I stayed) make great host hotels. The weather is fantastic. Being able to end a day in sessions with a walk on the beach is perfect for the weary convention attendees. I’m not sure when APA will return to Hawaii, but I’m so glad I had the opportunity to attend. 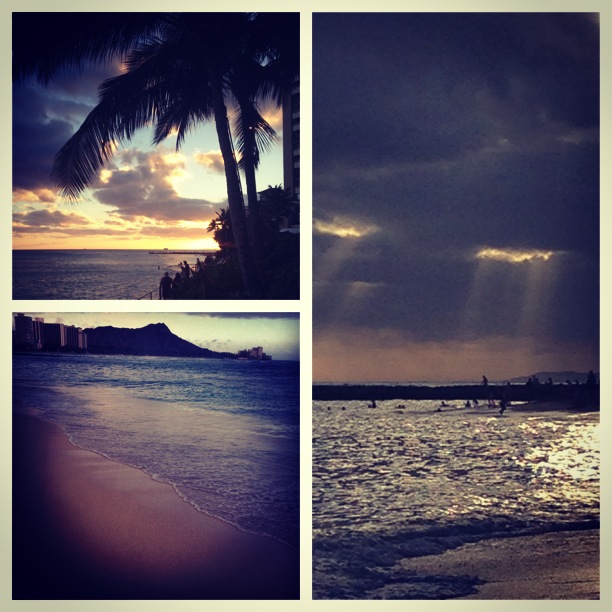 One of my favorite ASAE annual sessions is Ignite.  I can’t recall one Ignite at annual that was boring or horrible or featured an unprepared speaker. ASAE staffers do a tremendous job getting speakers ready.  However, it’s up to the speaker to be ready to take the stage in front of an ever-increasing crowd.

Once again, I had the honor of participating in the Ignite session at ASAE annual.  Unlike my other two presentations, I shared the stage with my two fabulous DELPers Artesha Moore and Valerie Fries Wade who had the vision for our presentation. It took a lot of work and practice.  In fact, we debuted our session at the most recent DELP reunion in June.  The difference between that and what we presented this past Tuesday is nothing short than amazing. For one person to do 20 slides in 5 minutes with slides advancing everything 15 seconds is a challenge.  For three people, it shows all of the hard work we put in with many of our practices occurring after hours using GoToMeetings.  Valerie and Artesha, you guys rock! 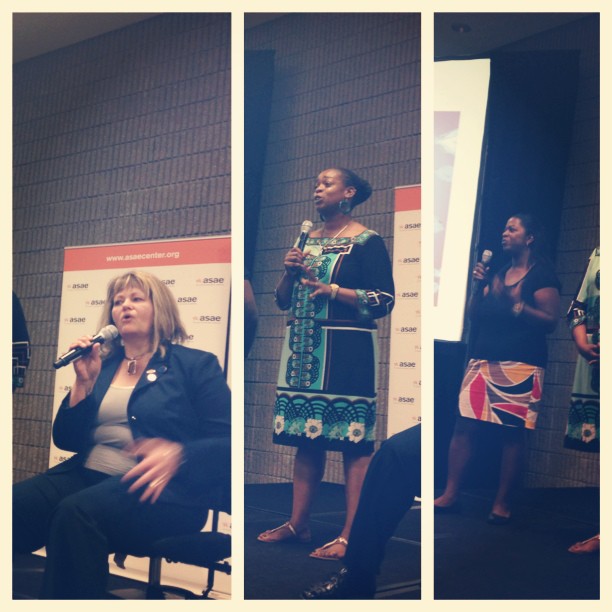 Nothing beats the energy of the association community. NOTHING.

ASAE annual is the one meeting that I have to attend. Why? It’s the only meeting where the conversation continues three days later and beyond. It’s the only meeting that regularly motivates me to be better. It’s the only meeting that I start planning for a year in advance. This year was particularly good as I had my first learning lab which had way more attendees than I thought it would. It generated a great conversation and another handout.  I truly enjoyed the closing session. I was proud to see my former ED Arlene Pietranton become the Chair of ASAE. Dan Heath’s keynote on decision-making was as if he knew my current situation and was giving me tools on how to deal with it.  A big thanks to ASAE for continuing to utilize DELP scholars at ASAE annual. I can’t remember a time in my six years of attending annual where I saw DELP scholars participating in almost every aspect of annual. I hope that my colleagues will continue to answer the call to service as annual is a great way to bring visibility to you and the program in general. As for the closing party, I have three words for you: Ice Cream Floats. 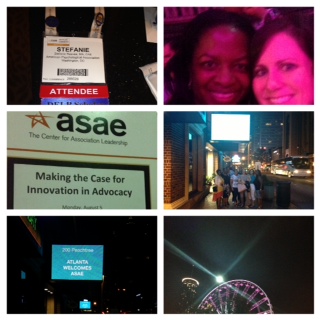 Before I fly into any city, I research travel options from the airport. When I arrived Sunday morning , I approached a shuttle driver and asked about a trip into downtown Atlanta. He said sure and quote a price way higher than the regular cost of a shuttle going in that direction. I walked away until he agreed to the regular price. On Monday, I was traveling in a group of 8 from the Sheraton to a party in Midtown. Because we couldn’t find a van taxi, we took two separate cabs. One cab was charged $14 for the trip. The other was charged $16. I know the host city can only do so much, but they can try to minimize the some of the shady behavior some of the attendees experienced. Future host cities, demand that your taxi and shuttle drivers learn proper procedures and more importantly respect for visitors to your city.

I suck at packing

For someone who has traveled at least once a year for business since 1998, you would think that I would have a clue how to pack lightly. Sadly, I still haven’t learned my lesson. Granted I had two conferences to attend and more social events at ASAE, in hindsight, I should’ve packed smarter.  Both of my bags were heavy and I’m positive my large brown tote is on its last legs. Before my next trip, I will learn how to pack a bag that won’t threaten to break my back.

3 thoughts on “A convention odyssey”